Heidi's Heroes | Footballing brothers net £455 from half marathon
Heidi’s Heroes is a Cheltenham-based charity that provides practical support, care and courage to people of all ages across Gloucestershire when they need it most.
heidis heroes, cheltenham, swimming, heidi wood
873
post-template-default,single,single-post,postid-873,single-format-standard,ajax_fade,page_not_loaded,,qode-theme-ver-6.6,wpb-js-composer js-comp-ver-6.7.0,vc_responsive 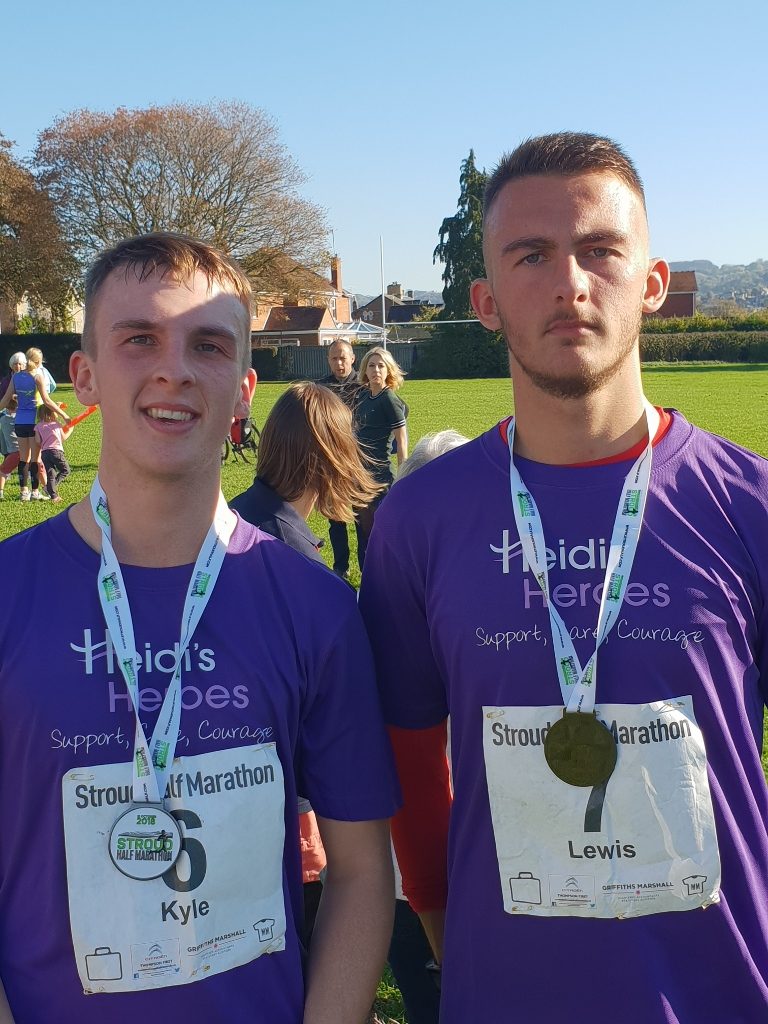 Posted at 11:18h in General by HeidisHeroes

A big thank you to brothers Kyle and Lewis Adams who raised £455 for us by completing the Stroud Half Marathon.
Kyle, 19, completed the 13 mile challenge in 1 hour 49 minutes, while Lewis, 18, was just four minutes behind, going over the line at 1 hour 53 minutes.
Lewis who is studying football at Hartpury College and is a goalkeeper with semi-professional team Slimbridge, said: “It was hard and when I got to 11 miles I felt like walking but didn’t. My legs wouldn’t function the day after but it was all for a good cause.”
Kyle, who works for his father’s firm Adams Installations, is also a footballer, playing in Cheltenham Men’s Division 1.
The brothers were following in the footsteps of their step-mum Nicola, who with our founder Paul Wood, his daughter Millie and a group of friends, ran the Stroud Half Marathon five years ago to launch Heidi’s Heroes.