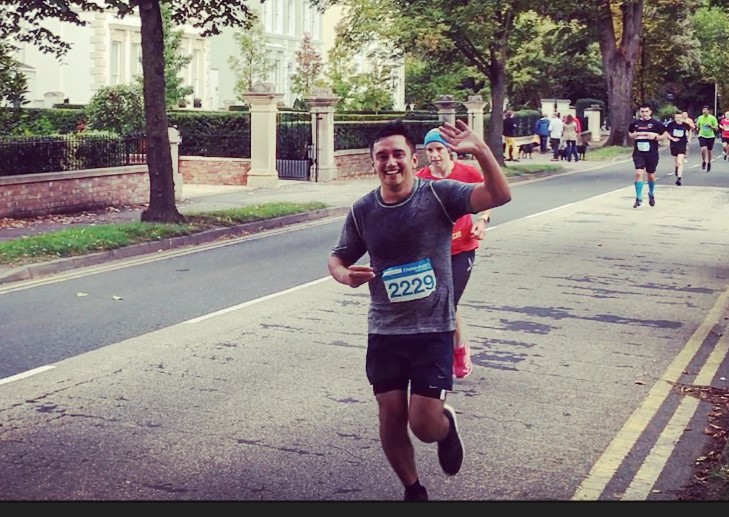 Posted at 16:25h in General by HeidisHeroes

Cheltenham Geography teacher Froy Litherland is in training to tackle some serious hilly terrain next5 month – when he runs two marathons in one day to raise money for Heidi’s Heroes.
The 35-year-old Pittville School teacher is taking part in the Heineken Race to the Tower, a 52 mile, 24 hour Ultra Marathon across the Cotswold Way from Whiteshill near Stroud to Broadway Tower.
Froy, a father-of-two from Cheltenham, hopes to raises hundreds of pounds for us and is inviting fellow teaching staff, pupils and friends to sponsor him.
Froy said: “I have run half marathons and marathons before, but have never taken on anything like this. It’s a great challenge for a great cause and I’m really looking forward to it. I hope to complete the 52 miles in about 11 hours.”
The event gets under way on Saturday 8th June and Froy plans to set off at 8am. He’ll have a short break and a meal at the halfway point and will be welcomed at the Broadway Tower finish later that day by his family.
He’s already lost a stone-and-a-half since his training proper began in January and he runs the five miles from his home to school every day. He’s now eating high protein foods and has cut out meat, cheese and alcohol and is feeling pretty confident he will be up to the Cotswold Way double marathon challenge.
“Last week I ran a total of 90 miles and I am doing a lot of hill running. It’s a wonderful route and I’m really looking forward to seeing many the geography and the landmarks of the Cotswolds,” said Froy.
You can sponsor Froy on his Virgin moneygiving page: