Heidi's Heroes | Harley Davidson ‘angel’ raises £1,000
Heidi’s Heroes is a Cheltenham-based charity that provides practical support, care and courage to people of all ages across Gloucestershire when they need it most.
heidis heroes, cheltenham, swimming, heidi wood
855
post-template-default,single,single-post,postid-855,single-format-standard,ajax_fade,page_not_loaded,,qode-title-hidden,qode-theme-ver-6.6,wpb-js-composer js-comp-ver-6.7.0,vc_responsive 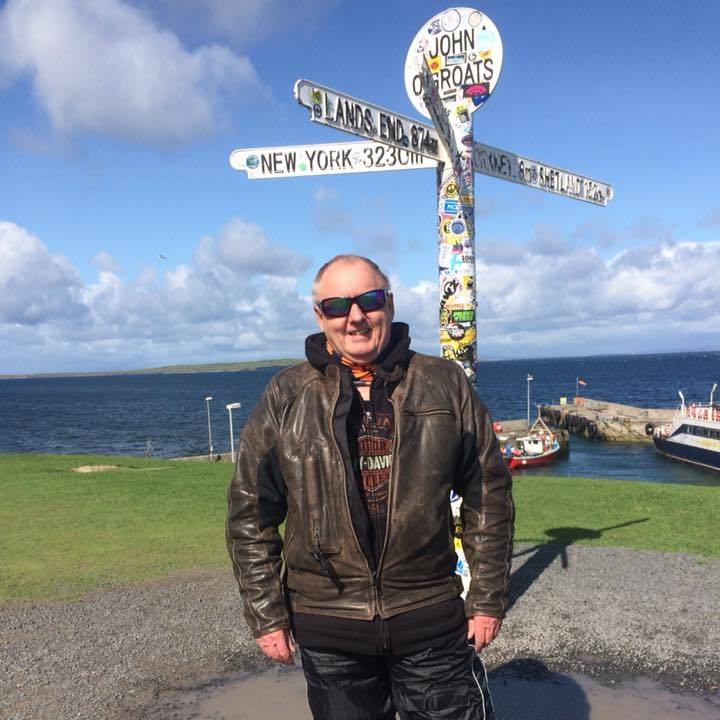 Posted at 16:04h in General by HeidisHeroes

A zooming big thank you to our Harley Davidson ‘angel’ Peter Vinicombe who has revved up £1,000 for us following his 900-mile challenge to ride from John O’Groats to Land’s End in less than 24 hours.

Peter completed the marathon motorcycle ride in 19 hours – after braving one of the worst days of weather we’d had for weeks. He rode through fog and rain for more than 70 per cent of his trip, and arrived in John O’Groats at 11.30pm after leaving Land’s End at 4.30am the same day.

His comfy Harley saddle meant his back and bottom stayed ache-free, but his scores of gear changes gave him an RSI issue with his left arm for a few days afterwards.

Peter, an Estate Planning Consultant from Cheltenham, said: “I had hoped to complete the challenge in less than 18 hours, but the awful weather and M6 roadworks thwarted that. However, I still did it and would like to thank everyone who has so generously contributed to the cause. I think Heidi’s Heroes does great work locally and am glad I’ve been able to support them.”