Heidi's Heroes | Peter on his Harley Davidson
Heidi’s Heroes is a Cheltenham-based charity that provides practical support, care and courage to people of all ages across Gloucestershire when they need it most.
heidis heroes, cheltenham, swimming, heidi wood
805
post-template-default,single,single-post,postid-805,single-format-standard,ajax_fade,page_not_loaded,,qode-theme-ver-6.6,wpb-js-composer js-comp-ver-6.0.5,vc_responsive

Peter on his Harley Davidson 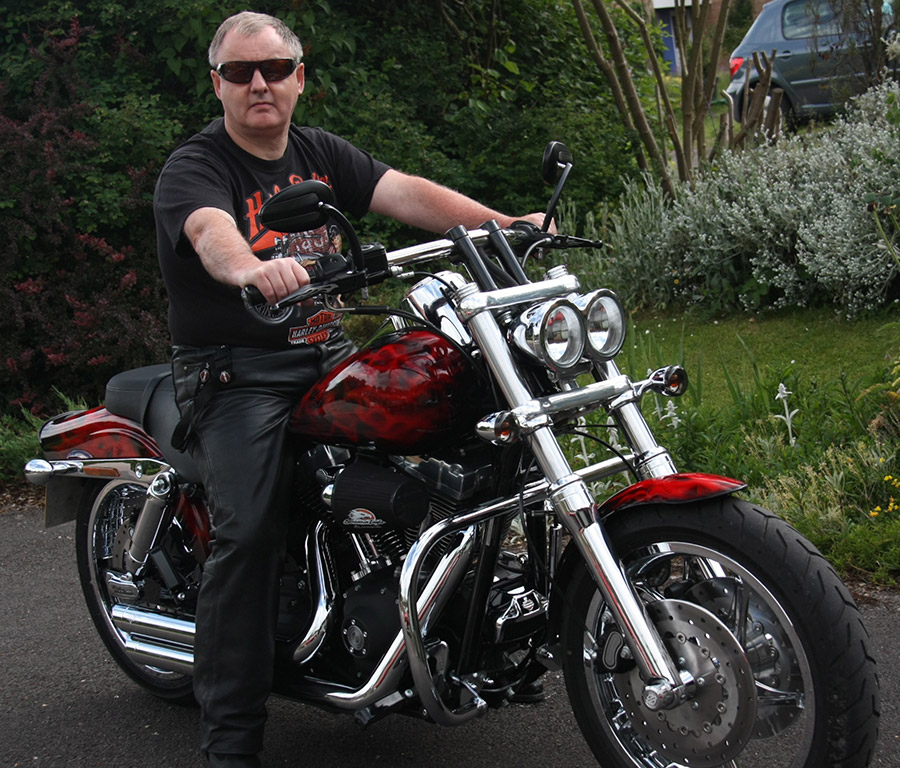 09 Apr Peter on his Harley Davidson

Posted at 18:09h in General by HeidisHeroes

Peter takes on the One Day Harley Challenge

Cheltenham Harley Davidson biker Peter Vinicombe is taking to the saddle this summer for a mammoth 900 mile ride in just one day in a bid to clock up thousands of pounds for local charity Heidi’s Heroes.

Peter, who bought his first Harley during a ‘midlife crisis’ nearly nine years ago, will bike from Land’s End to John O’Groats in just one day – on August 23rd.

The Estate Planning Consultant will set off from Land’s End before dawn and ride his way up the country to the furthest point north in Scotland – with the aim of arriving before midnight the same day.

Pete, a member of the Rolling Hills Harley Davidson Club, said: “This will be the second time I’ve done the Land’s End to John O’Groats One Day challenge. I did it in 2015 with four friends in aid of St Richard’s Hospice in Worcester and raised about £3,000. I’m hoping this summer’s challenge will be as successful for Heidi’s Heroes.”

He thinks the hardest part of the challenge will be sitting on the bike for nearly 24 hours and riding through any bad weather.

“My gluteus maximus will certainly know about it, and I just hope August 23rd 2018, will be fine and dry – throughout the UK!”

Since buying his Harley eight years ago, Peter has clocked up more than 30,000 miles riding through France and Germany and he takes part in numerous days out with the Rolling Hills club.

Peter, who owns Peace of Mind Estate Planning in Wellington Square, Cheltenham, is hoping family, friends and clients will get behind his Harley fundraiser.

“I heard about Heidi’s Heroes through attending Business Network International meetings and felt it was doing very worthwhile work locally and I felt I could do something to help.”

To support Peter visit Peter on his Harley

Alternatively you can click on our ‘Donate’ page and mark your pledge ‘Harley.’